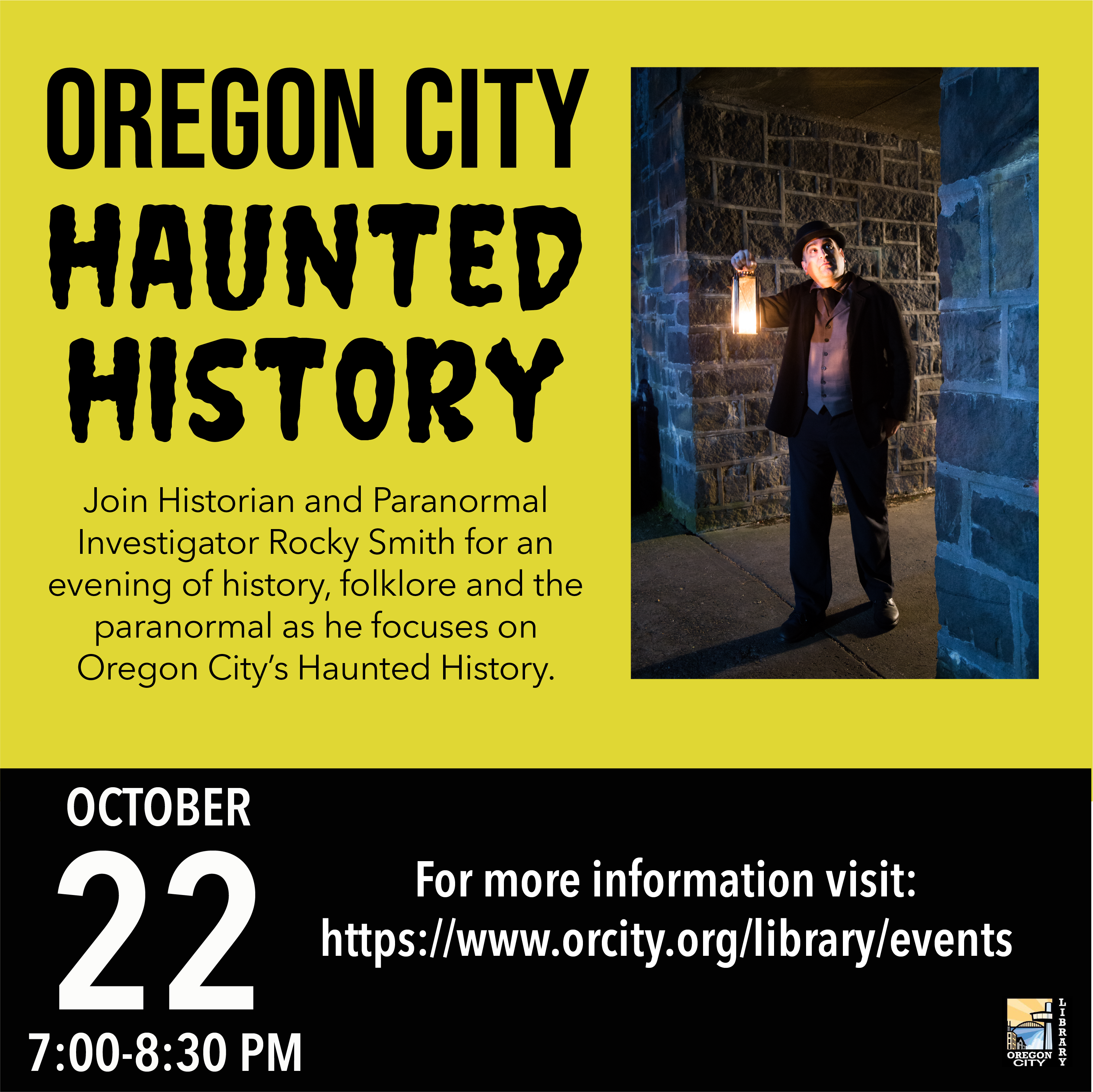 Join Historian and Paranormal Investigator Rocky Smith for an evening of history, folklore, and the paranormal as he focuses on Oregon City’s Haunted History. Library card is required for registration. Don't have a card? Get one here https://www.orcity.org/library/get-library-ecard.

Rocky Smith was born and raised in Oregon City, Oregon. Today, he teaches art at Oregon City High School, where he has been for the last 20 years. He is also well known in the community as a local historian and paranormal investigator. In college Rocky worked for three years in the historic Ermatinger House, the oldest house in Oregon City and the third oldest house in the state of Oregon. He has had many paranormal experiences over the past 20 years in the Ermatinger House including his first experience, which was featured in Susan Smitten's book, Ghost Stories of Oregon. Smith worked for a decade to preserve the historic home which has undergone a complete restoration and is now open to the public!

Smith started researching the paranormal activity in Oregon City in 1995 and has documented close to 100 haunted places within the city. In 2006, he combined his love for history and knowledge of the paranormal, founded Northwest Ghost Tours (http://www.nwghosttours.com) and now leads the Haunted Oregon City Tours. Smith has been featured on local radio and TV and has been asked to speak at paranormal conferences up and down the West Coast. Rocky is the host of the Spirits of Stumptown History Pub at the McMenamins White Eagle and is the director of the quickly growing Oregon Ghost Conference. Rocky is also featured in Loren W. Christensen's new book Seekers of the Paranormal.

Join Historian and Paranormal Investigator Rocky Smith for an evening of history, folklore and the paranormal as he focuses on Oregon City’s Haunted History. Smith will share some unbelievable ghost stories, accumulated from his years of experience with the paranormal, his knowledge of Oregon City and passion for historical research. Smith has compiled hundreds of ghost stories while living in Oregon City (Oregon’s first incorporated city), and has a gift for telling those stories, whether it’s on one of his popular ghost tours or on stage.